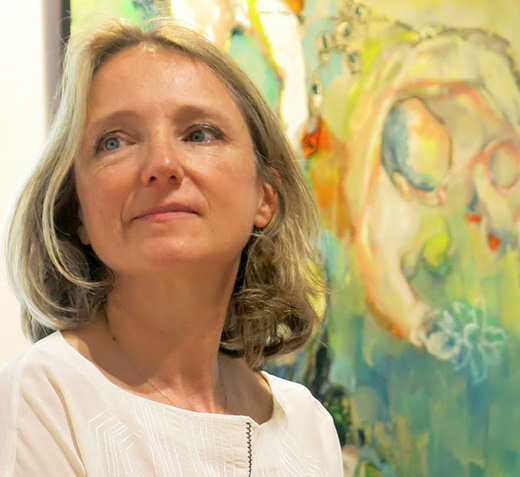 Sitting Atop the World

If you raise your head you may see her: the woman ‘atop the world’. Sitting atop the world, she observes it from a slight but specific distance. Her name is Clothilde … Clothilde Lasserre, and from her perspective the world is full of life and frenetic activity, and people are dashing about and talking. Viewing the world from above, she creates blurred and abstract images of human celebrations. Although they often depict crowds of people, the individual—drowned in the heart of these masses—is more conspicuous than ever. Her various crowd scenes include street, urban, and seaside scenes, crowds on the verge of hysteria, crowds ready to ‘take off’, and emotional crowds. Crowds are omnipresent in her work; they saturate the eye and become one individual and compelling mass, if they are viewed from a distance. Again, it’s a question of distance. It plays a role in every viewer’s relationship with the works. As the viewer moves back from the works, the language changes, the scenes are no longer quite the same, and these masses of people lose some of their form, spirit, and essence. The mass and the individual are superimposed, interact, and invite us to explore landscapes peopled with imposters that look as if they have come straight out of the work of Roland Gori.

Is the woman ‘atop the world’ inviting us to participate in a colourful reflection on individuality? Perhaps. We will dig deeper … after all, that is what we are here for ! Author David Kuhn, Translation David and Jonathan Miachaelson (JD-Tard)

In Croissy, in the Yvelines département (in the Parisian region), Clothilde put her heart into setting herself up with oil paints, easels, and brushes in a disordered (naturally!) studio, which contains her plants and paintings, ‘her nature and art’. All around her, life in its many forms seems to intrude upon her activities and pervade everything, particularly her work. She—she says that she ‘peoples the solitude’ in her works—readily accepts this intrusion. Within the walls of her den, the artist’s solitude is inhabited by small tomato plants, groups of plants, all the jars of colour that make up her palette, and canvases, which are everywhere. Completed, incomplete, or blank, they form a sort of compact ‘crowd’ that inhabits the studio. The ‘spirits’ of oils, wooden frames, and pieces of canvas create a unique atmosphere in the studio. They change and move position according to the wishes of their maker and constitute a small crowd that is broken up at the will of their ‘leader’.

The space is intimate—it could not be otherwise—but seems, in particular, to have been designed as a laboratory in which the painter pursues her work on the ambiguous relationship between the multitude and solitude. It is an organic and ‘eccentric’ work area, beyond which is the outside world teeming with life that Clothilde observes from a reasonable distance: two planets connected to one another. On the floor or at her easel, the artist now sets out other equations whose result is based on both the irrational and mathematical logic. 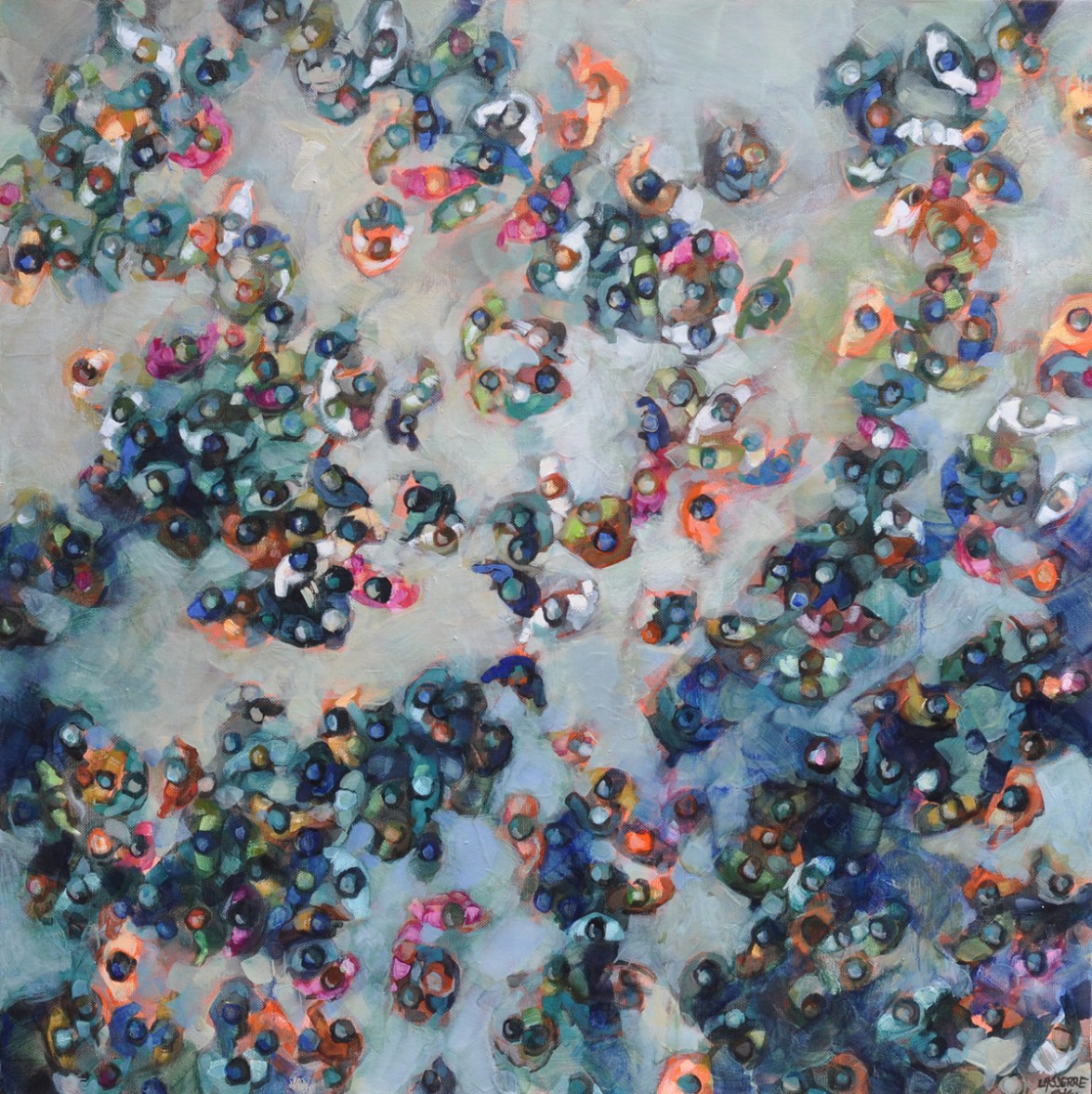 Clothilde’s painting is the result of an atypical career within the world of contemporary art. She did not come to painting randomly but by necessity.

By painting, she found a way of expressing and sharing her understanding of the world, her exaltations and her anxieties. Her art is a sort of witness of the difficulty of living all together whilst trying to be unique. This idea is translated at best through her various crowd scenes. She portrays crowds of individuals drowned in an alienating mass; yet through the use of colours she is able to express the rich diversity of each individual, of each soul. However her work is not so much preoccupied by masses as much as the intrinsic fragility which drives each of us to abandon our individuality in an attempt to fit in. Oil and colour create urban scenes in which our attention is first drawn to this recurrent crowd before we have a more nuanced view of the portraits.

Her paintings succeed in establishing a connection with the viewer; our own hidden struggles are brought to life on the canvas.